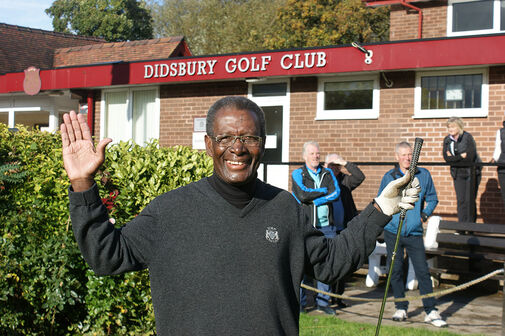 DIDSBURY Golf Club’s new Captain Barry Wynter, a member at his beloved club for 22 years, made history at the 129-year-old club with his appointment to his new role.

For the bulk of its long and distinguished history as one of the oldest golf clubs in Cheshire the President of Didsbury has been either a former club Captain or in more recent years a dedicated member who has made a big contribution to the club.

Barry was given the President’s role in 2015-16 for the latter reason and enjoyed an entertaining and successful year.

Now he set a new record for the club by being the first-ever former President to become the club Captain where he has always enjoyed playing at a club renowned for being friendly and inclusive.

Barry is well known for his cricketing skills and connections in south Manchester with his West Indian heritage coming through strongly.

He has been a proud and active member at Whalley Range CC for many years as well as being their club President.

Barry said: “My best handicap was eight, now 14, and the other course I enjoy playing is Test Valley in Hampshire where I had my own personal golfing highlight of winning their Invitation Day in 2004.

“My favourite hole at Didsbury is the eighth as it is the most challenging.

“I usually play at least twice a week, sometime more depending on competitions, and apart from golf and cricket my other hobbies are reading, doing cryptic crosswords and supporting Manchester United.

“The other three players I would choose to play with me in a four-ball would be Tiger Woods and Annika Sorenstam, because they are great players, and Barack Obama because he’d be an excellent and intelligent companion.”

Pic Barry celebrates his fine Drive at the Captain’s Drive-in. 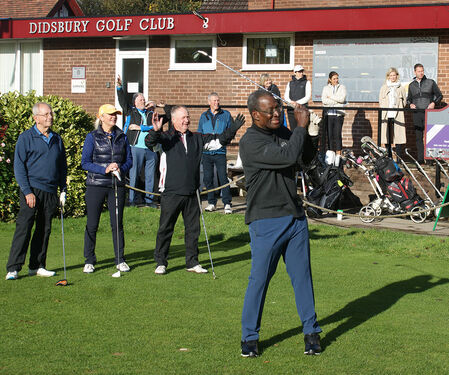